Over the water the shining lights of Achiltibuie have been glimmering temptingly. It’s been a while since we explored the impressive Coigach peninsula so with the season slowing down we agreed it was about time to visit the place that peeps back at us every day (except when the weather is exceptionally dreich!).

The cloud was a little too low for journeying into the hills so we decided to make our day out all about the scattered villages and the coastline.

Our first stop was the beautifully remote Achnahaird beach.With turquoise waters & soft white sand it’s not hard to spend a whole day here. There are sand dunes to tumble down, rocky outcrops to explore, stone carvings to ponder over & picnic spots to decide upon. There is evidence from recent archaeology surveys that the sand dunes and surrounding area have had a long period of occupation from the Prehistoric period to at least the 1640’s 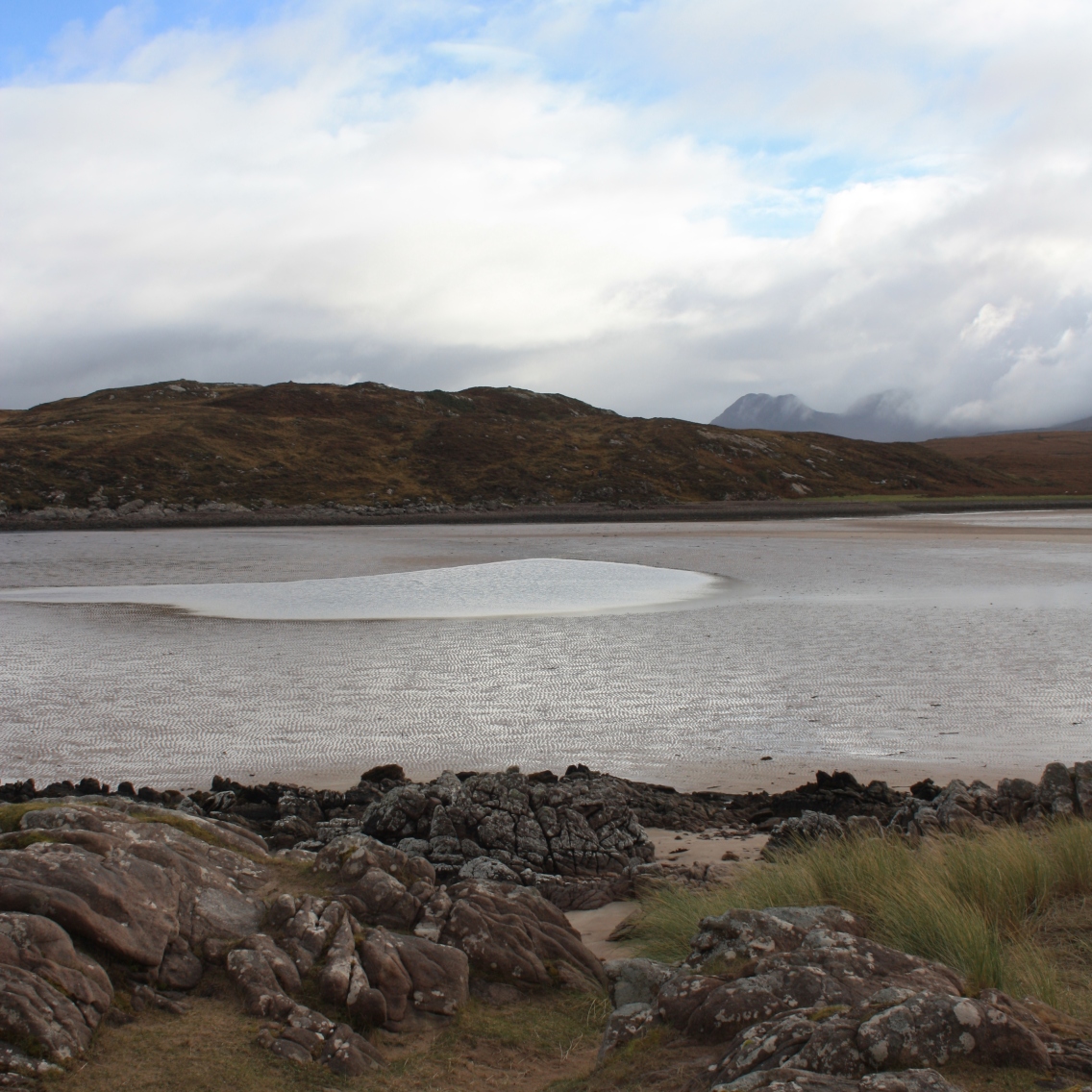 After a great morning mooching along the sands & watching Charlie at his favourite past time …………………….

……. It was a short hop across the Rubha Mor peninsula to the small hamlet of Altandhu. With spectacular views of the Summer Isles and in the far distance we could see home – An Cois Na Mara with Laide beach and Mellon Udrigle beach and the Greenstone headland. 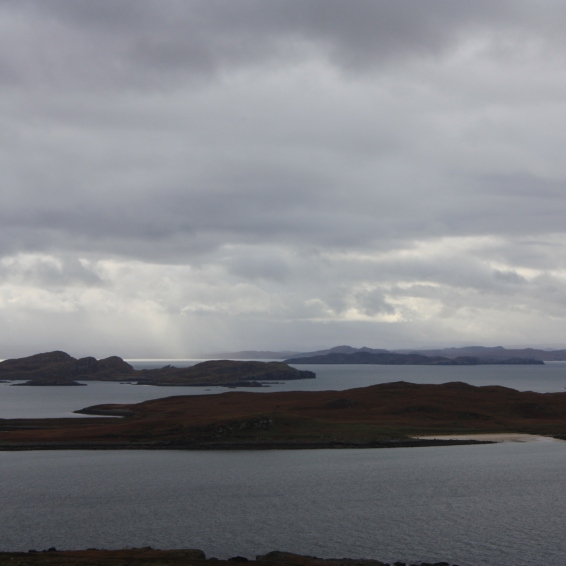 After stopping by a great little croft where they had some croft grown produce for sale, we purchased some Kale & put our money in the honesty box & headed along the single track road to Polbain then onto Achiltibuie.

We popped into the Piping School Cafe for delicious homemade cake & tea then journeyed onto Polglass beach to visit the ruins of an Iron Age Broch. Two houses and several outbuildings were built into the sides of the broch in the 19th century using the stones from the broch so unfortunately it’s very hard to imagine the size & height of the original structure.

Now this is where we had our peace & quiet so rudely violated! Out in Loch broom there was a pretty large vessel which was part of a NATO exercise which came under attack from three smaller boats, there was a fair bit of firing going on but it didn’t last for too long. For the last couple of weeks there have been a variety of ships milling around the local bays.

The views back over Polglass & Badenscallie were fine with the towering Ben More Coigach & Sgurr an Fhidleir protruding above the hamlets.

Maybe on our next visit over the water the cloud won’t be within touching distance & we’ll be able to show you pictures from the summits of the Coigachs. (then again if it is there’s always the Am Fuaran Bar!)