We are pleased to report that the aforementioned bothy on this occasion didn’t live up to it’s name. Loch a’Bhraoin translates as “place of rain showers”. On a beautiful crisp morning we headed north to explore a little of the route into the Fisherfield Forest.

Parking is located on the A832 – Destitution Road – so named because of the Potato famine which began in 1843. The road was built by desperate highland crofters who had been forced to search the coastline for any form of food. In exchange for their labour crofters were given oatmeal rations. It’s difficult to imagine the suffering that took place during the famine. 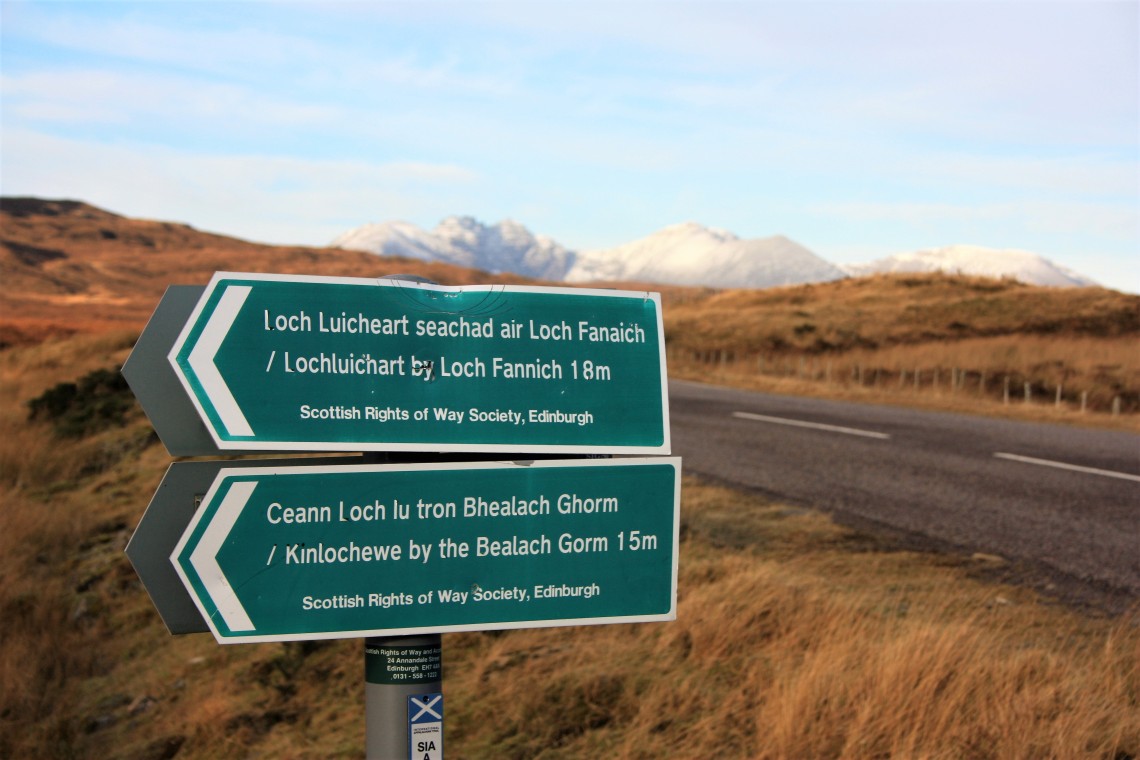 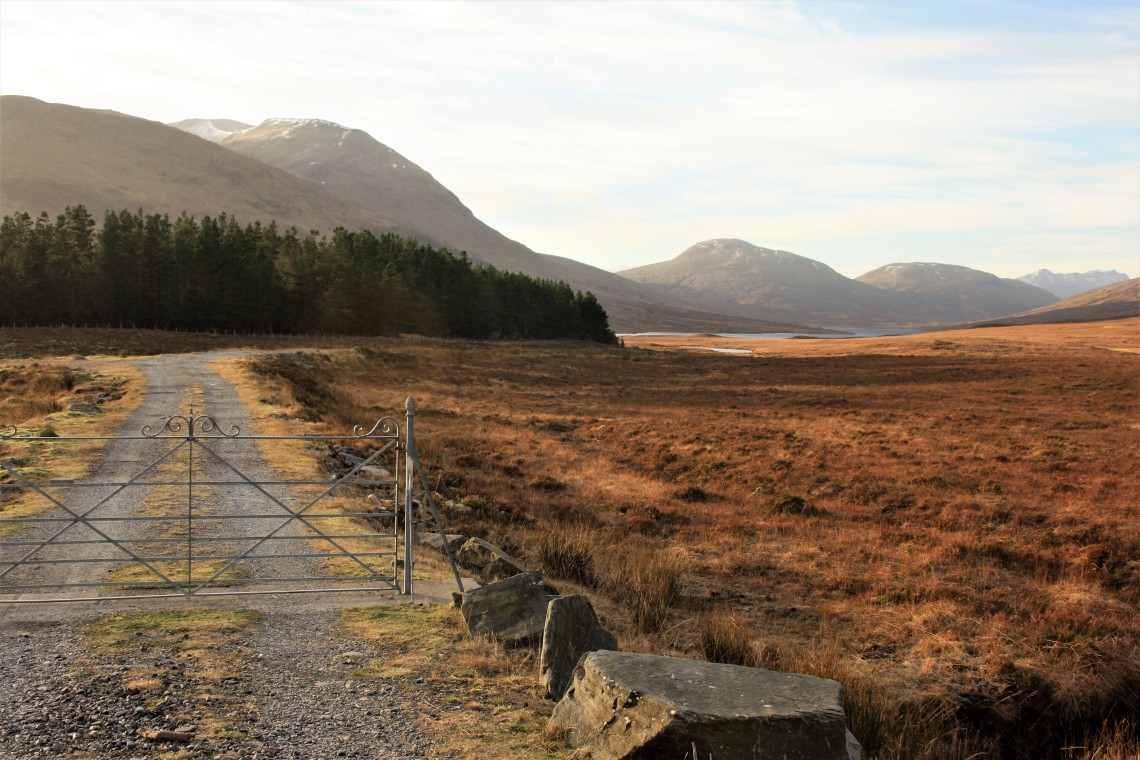 The track into the Fisherfields is very clear from the road & heads towards Loch a’Bhraoin. On reaching the loch side a ruin & boathouse have a sheltered spot & great aspect. It has been suggested that in time the estate will be rebuilding the ruin. 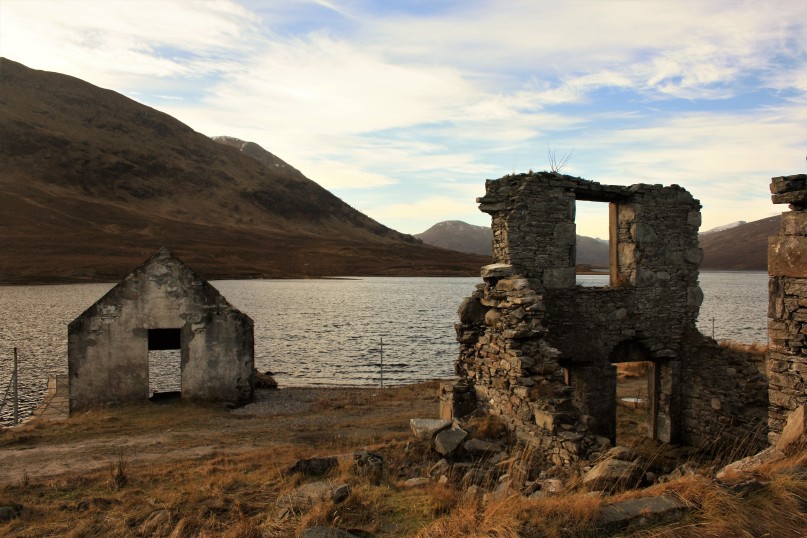 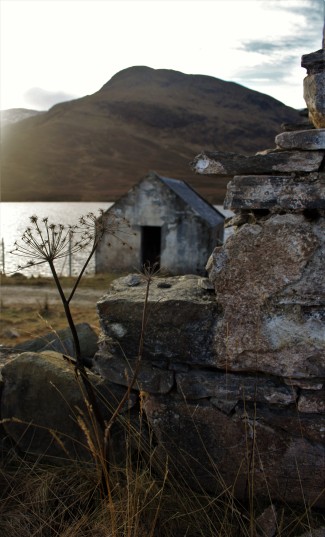 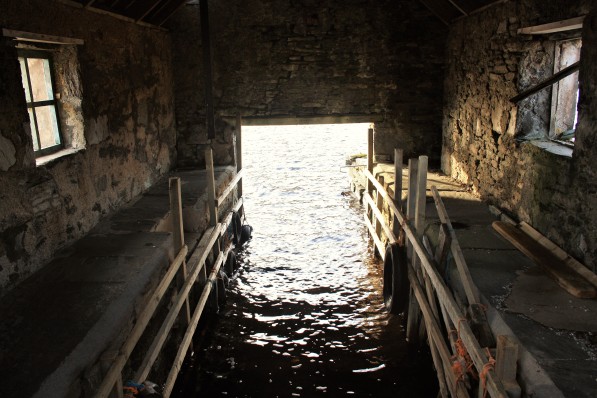 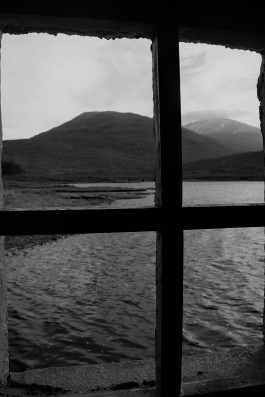 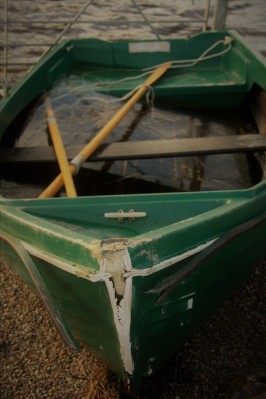 The track that leads away from the ruin and follows the loch edge is an easy vehicle track although there are several streams that flow down from the hills into the loch, after a period of heavy rain these streams may be a little tricky to cross but today we were in luck, there hasn’t been a lot of rain lately so the streams flowing over the track were mere trickles. 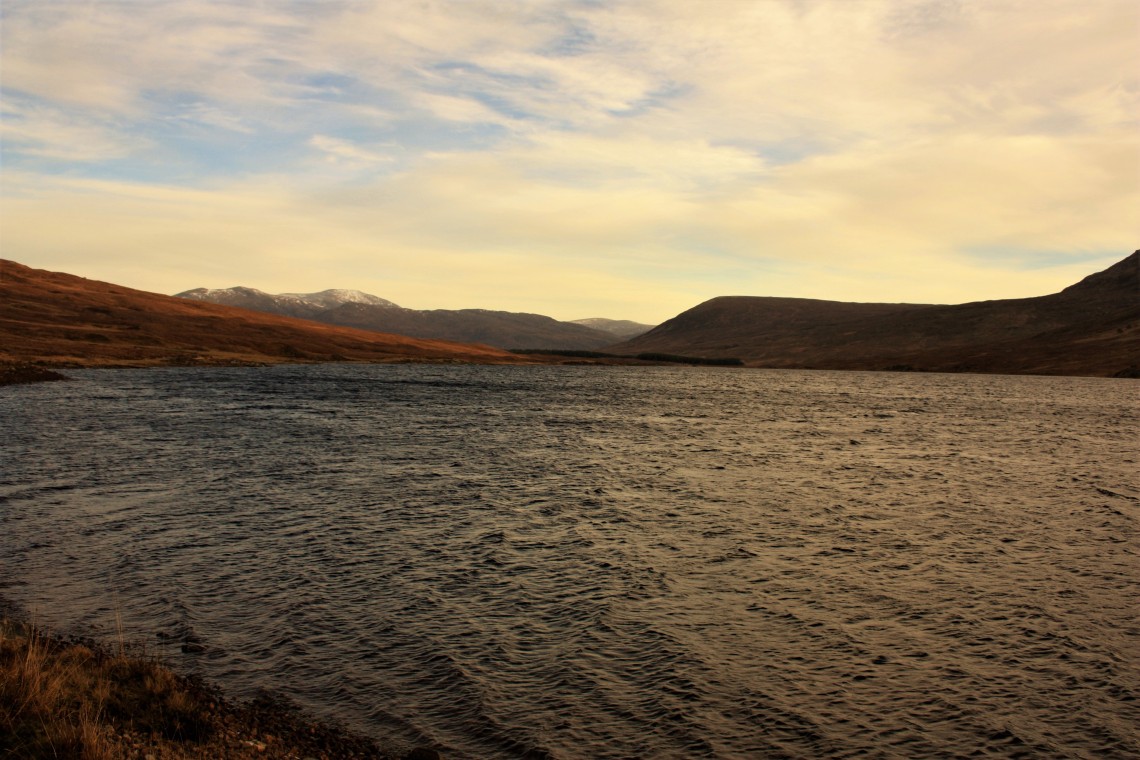 Some of those trickles were a little on the icy side. 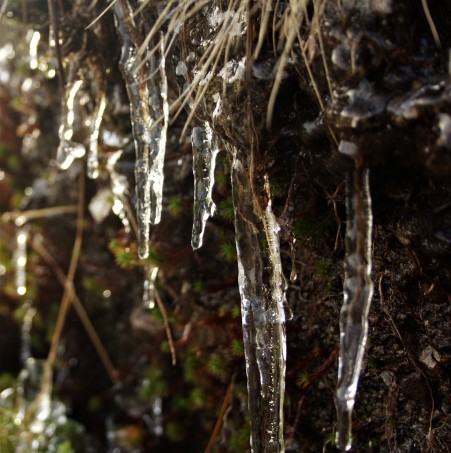 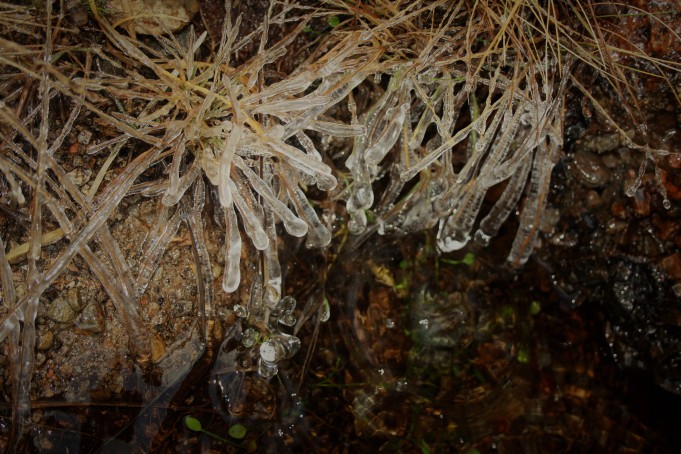 Charlie didn’t mind though, he enjoyed a little skate her & there. 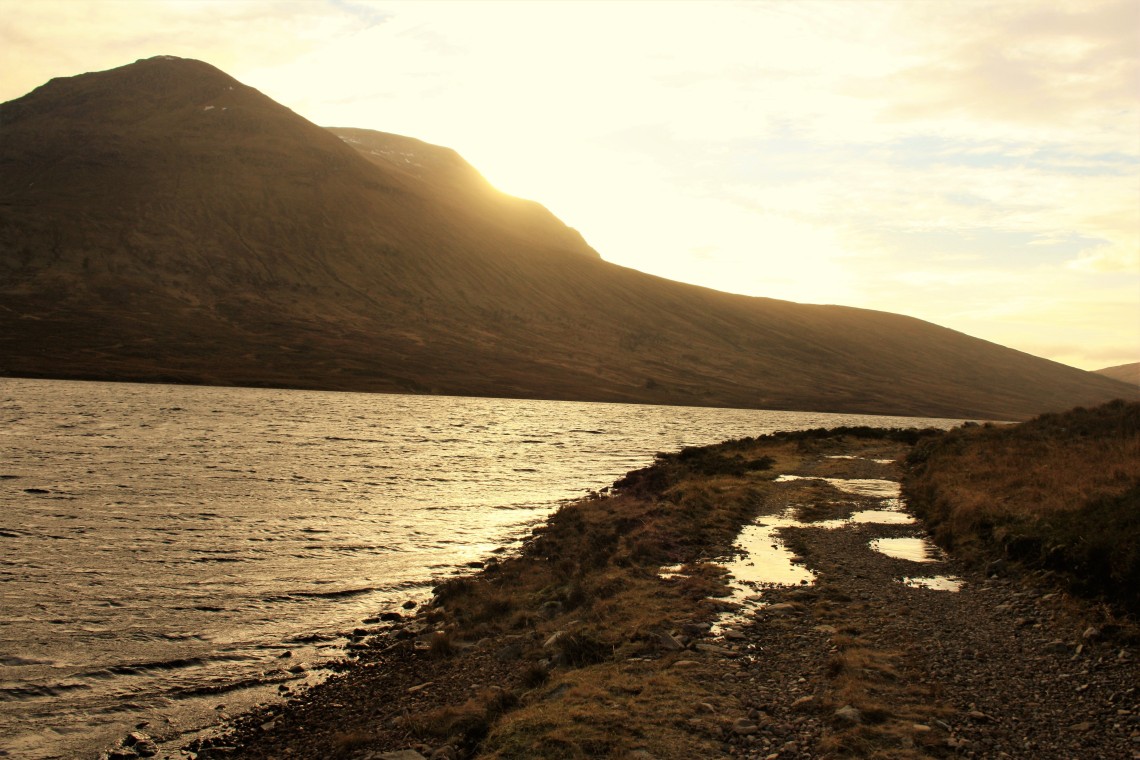 The hills surrounding this particular part of the walk are all easily accessible. Meall an t-sithe is 601m, Sron na Leitir Fhearna 650m, Creag Rainich 620m. The track can be used to reach one of Britains most impressive munros, An Teallach. An overnight stay at Shenavall bothy would be required though. It is also the area of of one of the toughest circular walks in Britain, known as the Fisherfield Five (it used to be six but Beinn a’Chlaidheimh was demoted in 2012 to Corbet status as it was remeasured at 2998ft – 2 feet short of a munro!). This incredibly tough walk takes in Five of the remotest munros in Britain. I’m not sure we’re quite ready for epic expeditions just yet!

On reaching the estate cottage & bothy we had to have a little poke around so we ventured inside the bothy to check out the lovely home comforts! 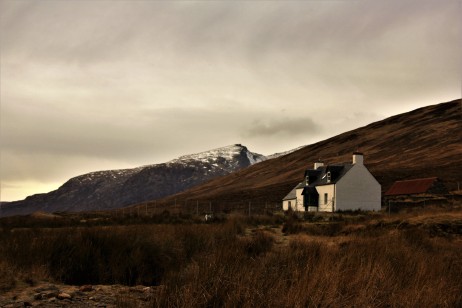 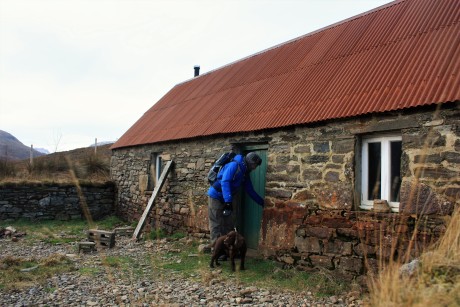 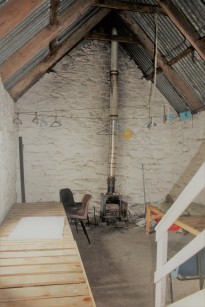 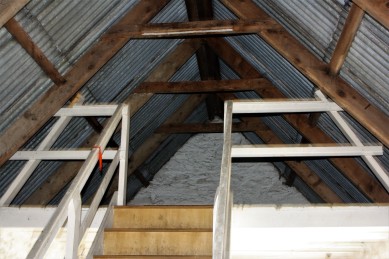 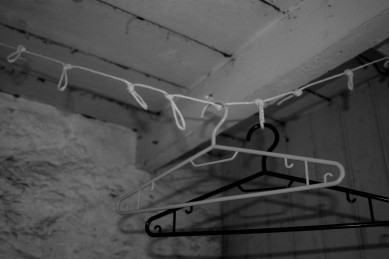 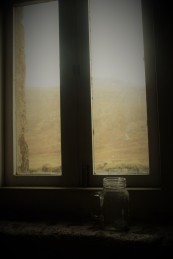 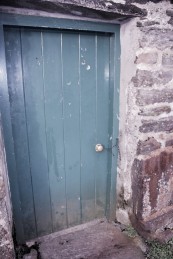 I’m sure after a hard days walking this place is a welcome site. The visitor book was full of comments from recent guests, the last visitor was on Boxing Day who was using the bothy to avoid storm Barbara. 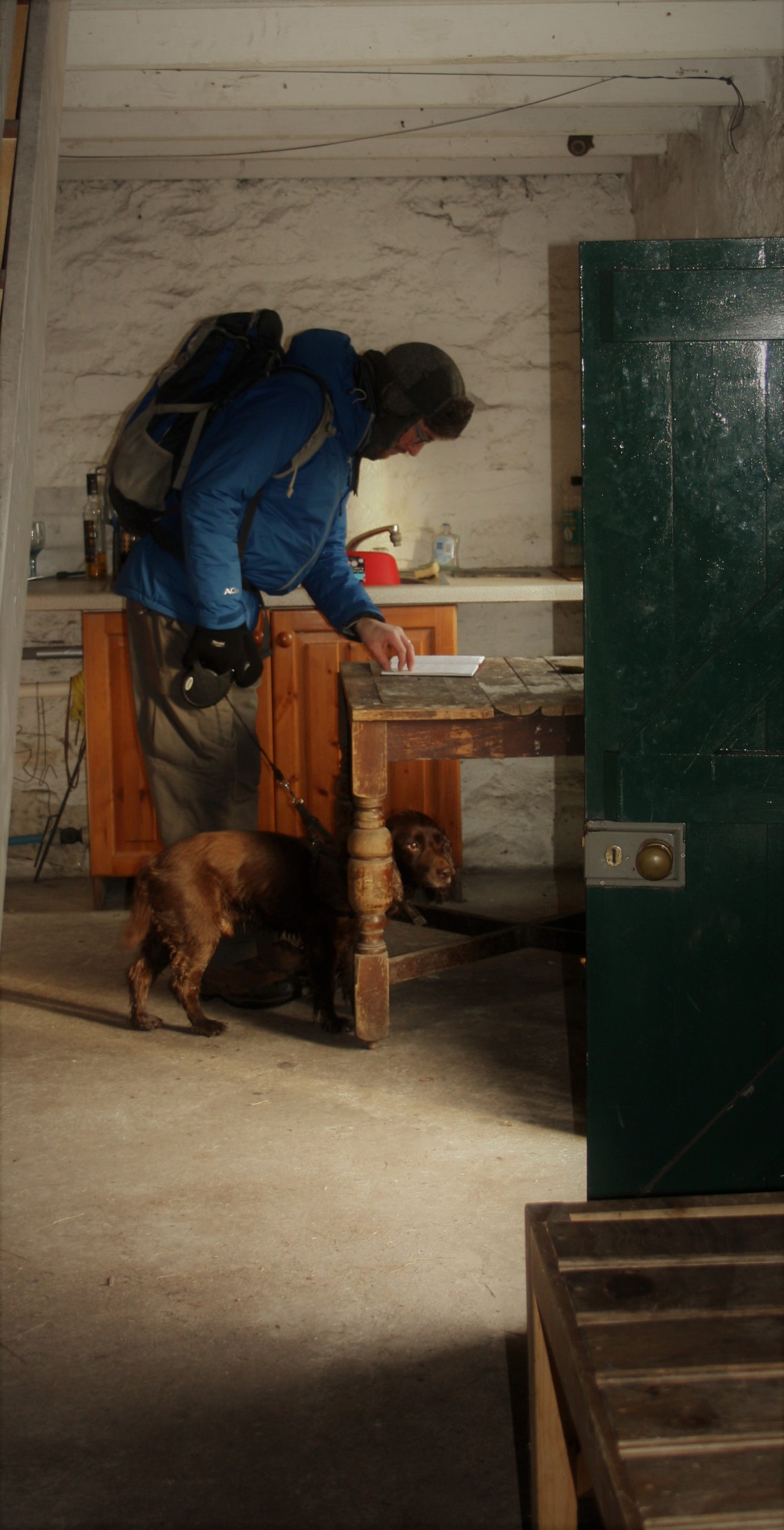 We hit the end of the track and the view looking back over Loch a’Bhraoin was fantastic. 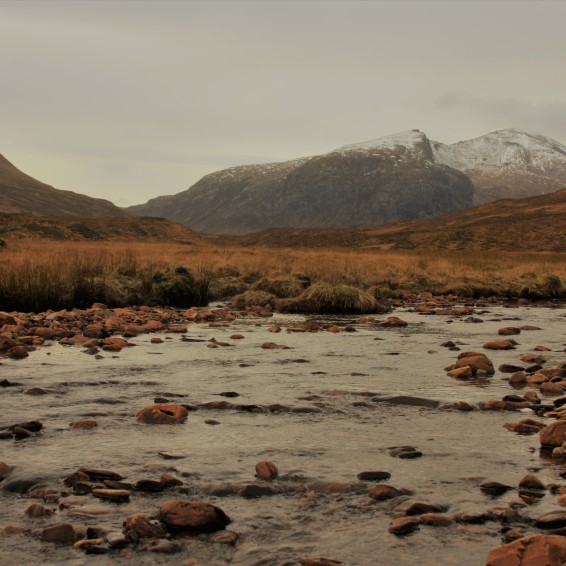 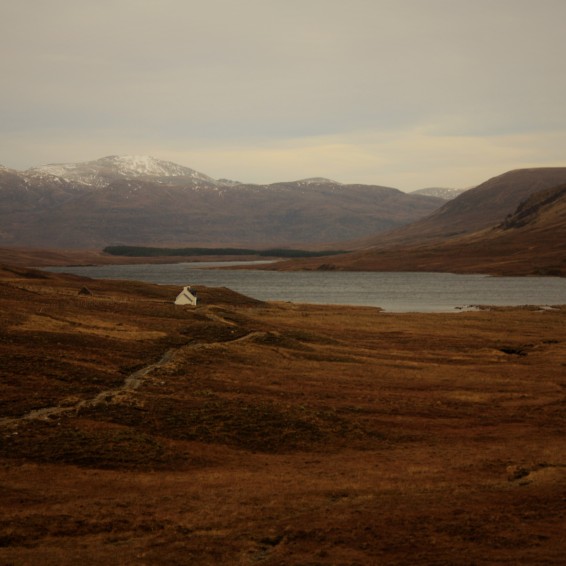 Yet another great walk that we shall do again but next time we plan to take a little hike up Creag Rainich to see the amazing views from the summit. 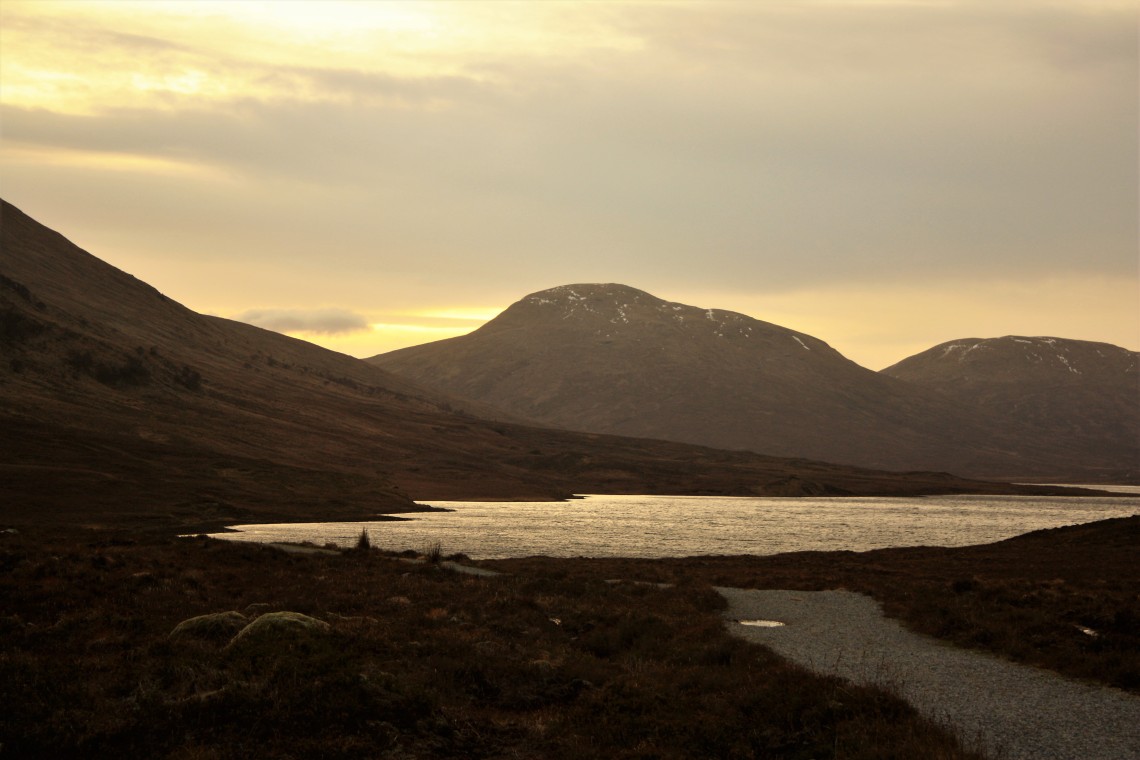 Back in the car & heading along destitution road we stopped to take a quick snap of An Teallach looking what one of us would say was inviting & the other would say was frightening. 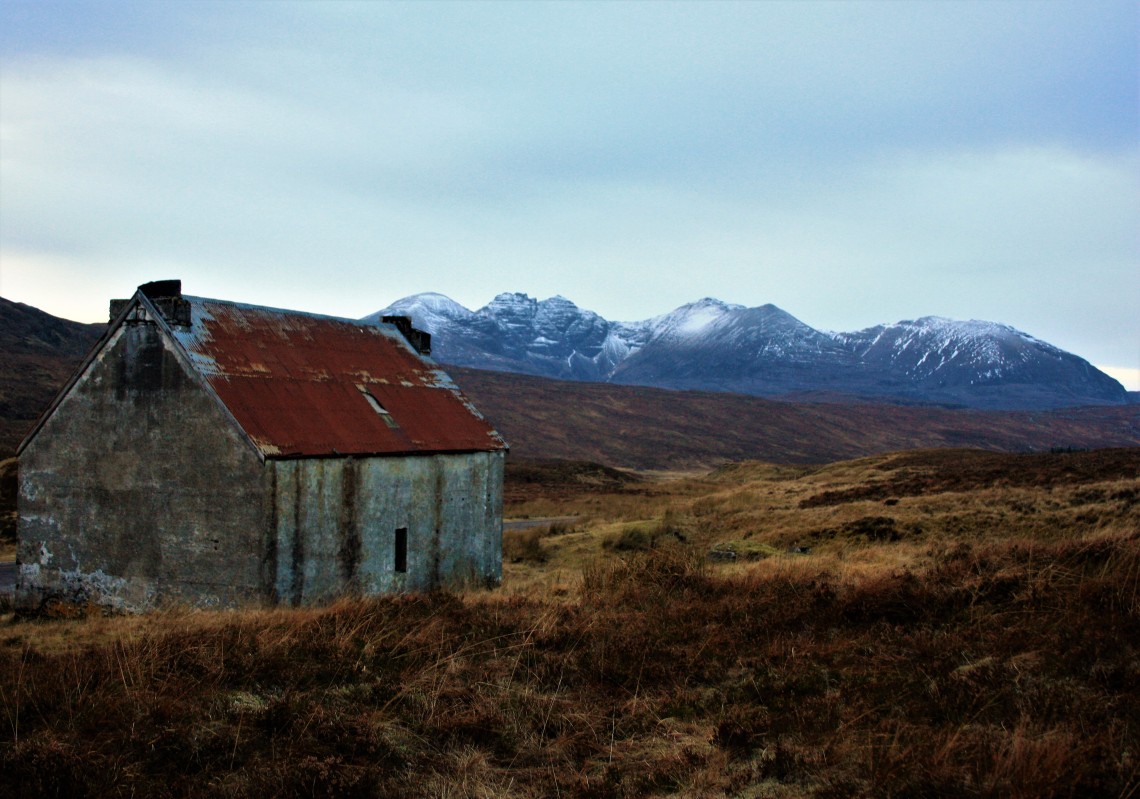