Yesterday was a beautiful crisp sunny day with bright blue sky & snow capped mountains so the time had come to walk the circular route from Dundonnell to Shenavall Bothy just short of 20km. 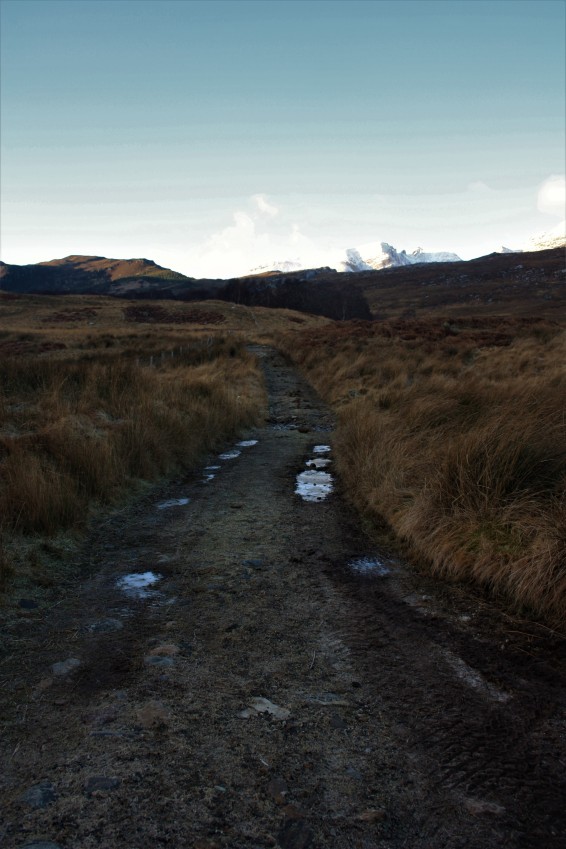 Parking in the layby on the A832 by the snow gates at Dundonnell before the road climbs up to the Fain the walk begins. A vehicle track leads up to run alongside the Allt Gleann Chaorachain which snakes down through a gorge with mixed woodland.

This little chap was wandering towards us on the track, he didn’t seem the least bit fazed by us but mum soon appeared & he scampered away with her.

The track is a steady climb alongside the river with views of An Teallach to the right peeping over the hillside.

As the track reaches a ford thankfully there’s no need to strip the boots off and wade through the icy water, there’s a wee bridge and the track begins a steeper ascent past a waterfall to the high point of the circuit.

The views are spectacular looking towards Beinn a Chlaidheimh (The hill of the sword) at 914m it’s part of the Fisherfield 6 and from here we start to see a little bit more of the impressive An Teallach ridge.

At the cairn the track splits you can either continue along the vehicle track which descends into Strath na Sealga or you can take the path to the right  which skirts around the foot of An Teallach and descends directly behind the bothy. Whichever way you choose to walk the route depends on how steep you like your ascents!!

We chose to follow the track to the right. As it was a cold day the ground was particularly hard which made it much easier to cross what is normally a peat bog. John found a burst of energy from somewhere & hopped over a hillock of two to take some great shots of An Teallach.

As john was off on his little adventure i stayed put & was treated to a fantastic site of a Golden Eagle soaring over Beinn a Chlaidheimh.

On our next visit we plan to head to Loch Toll an Lochain, the loch at the foot of Sgurr Fiona & Lord Berkely’s seat just hidden from view in the above picture.

After a little detour we arrived at our pretty amazing lunch setting……. wow! The wildlife thought it was a pretty special spot too as we disturbed a herd of deer & some munching wild goats. 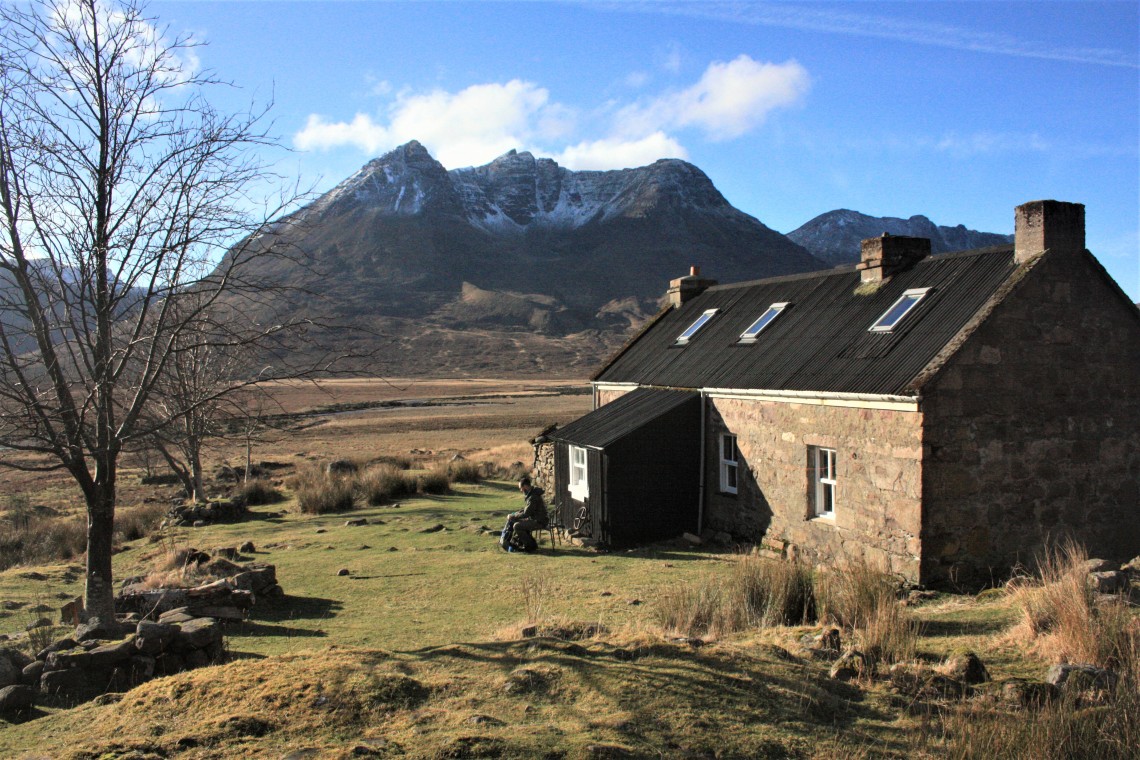 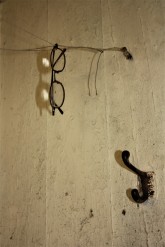 Setting off after lunch the track alongside the river had great views up & down the glen with more deer enjoying the February sunshine.

We came across another dwelling but unfortunately this one was in pretty bad shape but the local birds were making very good use of it, we think we disturbed a kestrel that possibly had a nest in or around the house. 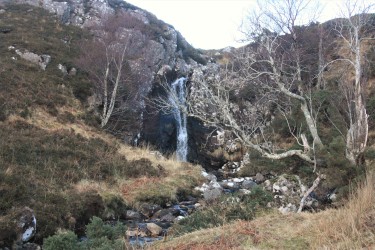 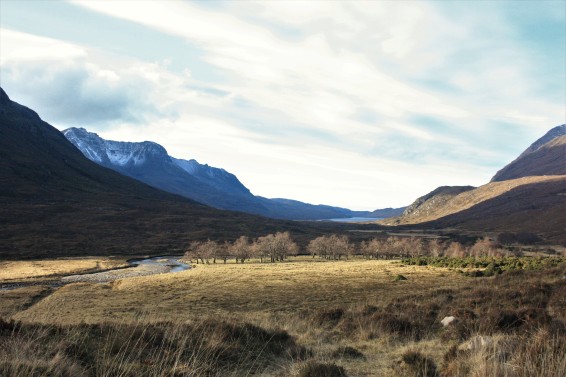 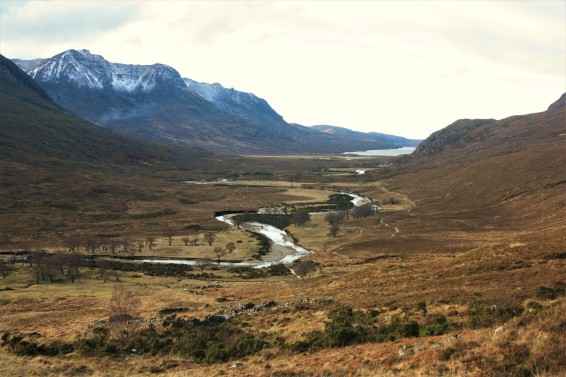 The views back down the glen were pretty spectacular, couldn’t say the same for the climb up the hillside! but we did see some impressive stags on the horizon.

When we left the lay by this morning we were the only ones parked there, by the time we arrived late afternoon the lay by was full with half a dozen cars. No doubt the bothy would have been full with people taking advantage of the fantastic winter sunshine.

A really breathtaking walk taking in a little of the Great Wilderness.