Last month we planned a day off from the B&B and ventured into the hills to stretch the old legs and hopefully see some wildlife. The Pinewood Forest just outside Gairloch was our destination.

There are a handful of different trails in and around the forest with some great hills easily accessed. Over a million native trees have been planted in the forest to try and regenerate the area. In the 18th century much of the forest was cut down to feed the furnaces for iron ore smelting.

We headed alongside the picturesque river keeping our eyes peeled for dippers and wagtails and soon reached the ‘Grouse Stone’ which is a large boulder at the side of the track where stalkers would leave their quarry for it then to be collected by a local ghillie from Gairloch. Before the advent of off road vehicles and given that Gairloch is roughly 10 miles away the Ghillie would have had quite a job to collect whatever animal(s) had been shot to transport them back to Gairloch. It must have been hard work back in the day.

The ‘hump’ of Beinn an Eoin soon came into view but first we had to cross Abhainn Loch na h-Oidhche using the stepping stones. Thankfully it had been a dry spell so the stones were easy enough to cross but during wet weather & with the river in speight it may prove a little trickier.

The track is long but very easy and it was great to have it to ourselves. To start the climb of Beinn an Eoin we left the track at the two very prominent boulders and headed over the moorland towards the base of the hill. It was a bit boggy to start with but you soon start to climb & gain height leaving the very wet area behind you.  We could hear grouse chatting to one another but weren’t lucky enough to spot them, they’re so blooming well camouflaged!

Beinn an Eoin is in the heart of the Flowerdale Forest and stands at 850m high. The views were fantastic with the surrounding hills becoming clear, Beinn Airigh Charr, Slioch, Boasbeinn, and the moody Torridon Hills. This time we were quite happy to just climb up to 700m & forego the final climb because we wanted to head down to the old bothy at the end of Loch na h-Oidhche. However the climb itself was fairly easy going & we will be back another day to reach the summit. 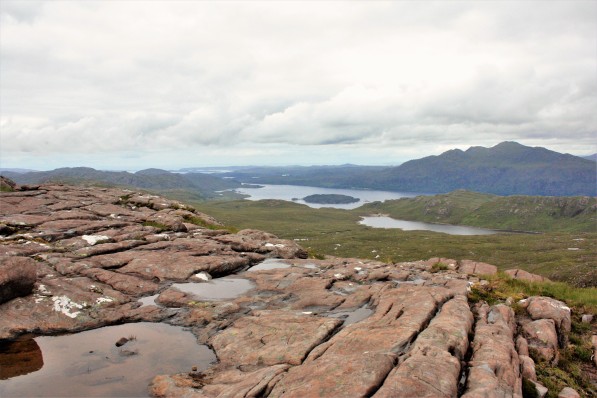 At the end of Loch na h-Oidhche and at the base of Beinn an Eoin sits the bothy of Poca Buidhe. It’s extremely sad that due to misuse the estate have had to close down the bothy. It certainly sits in an outstanding location in the middle of the Flowerdale. 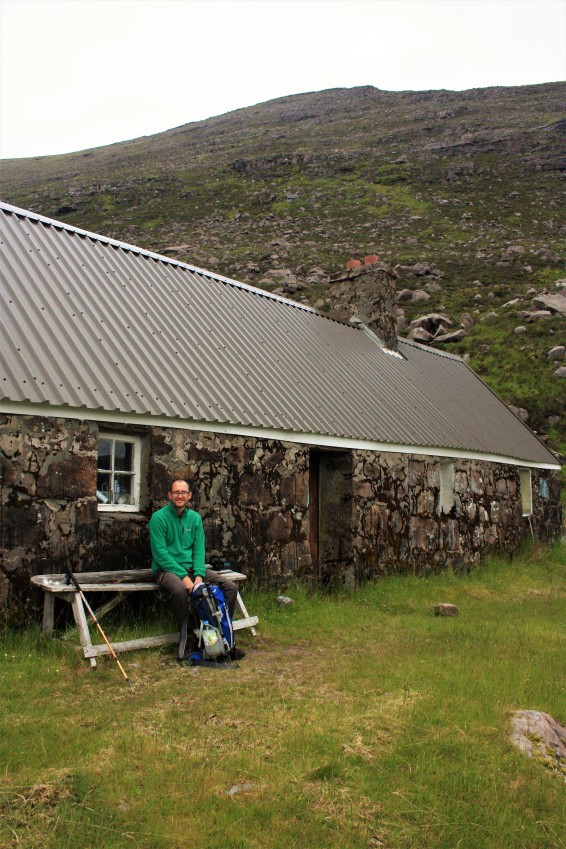 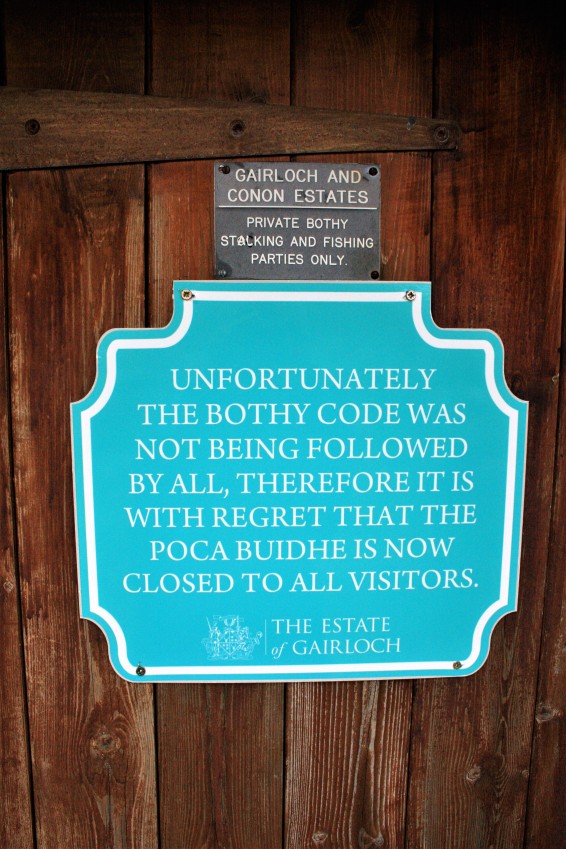 Wild thyme was in abundance alongside and even growing in the middle of the path.

On the way back we simply picked up the rough vehicle track that runs by the side of Loch na h-Oidhche and that we followed at the start of the walk. There was even a lush (but very wee) beach at the side of the Loch. 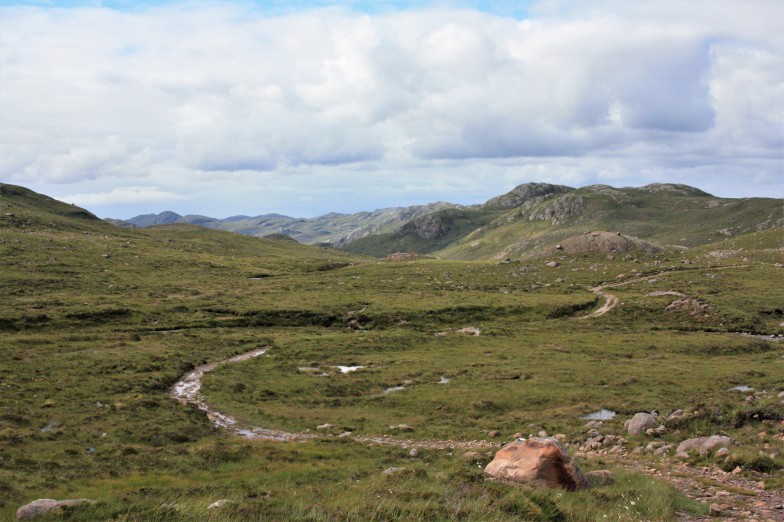 It’s a good long 13 mile walk that takes in some great views & takes 6-7 hours of effort. Whilst the rough vehicle track is a bit of a pain it’s the easiest way to get to Beinn an Eoin & it’s also the route to take for Baosbheinn another great corbett in the heart of the Flowerdale forest. Baosbheinn was one of the first hills we did in the area 5 or so years ago & we will return for this another day.