This great walk begins alongside Gruinard river. The more popular walk is beside the river heading to Loch na Sealga, but this route follows an old stalkers track on the opposite side of the river, passing 2 cleared 18th century settlements (Glenarigolach & Craigour) before arriving at the beautifully serene Lochan Gaineamhaich.

Filled with views of picturesque wee glens around every corner, this is a thoroughly rewarding day out.

Bog Cotton meadows are abundant throughout the summer. Just beware, whilst soaking up the views,  it’s very easy to end up ankle deep in the middle of one!

Looking toward the Loch na Sealga route with the winding Allt Creag Odhar river on it’s way to join the Gruinard river which is just visible to the right of the picture.

The rounded hill of Sail Mhor with An Teallach in the distance. On our last hike to the summit of Sail Mhor we watched Ptarmigan & Golden Plover enjoying the quiet slopes. That was until a Golden Eagle made an appearance!! 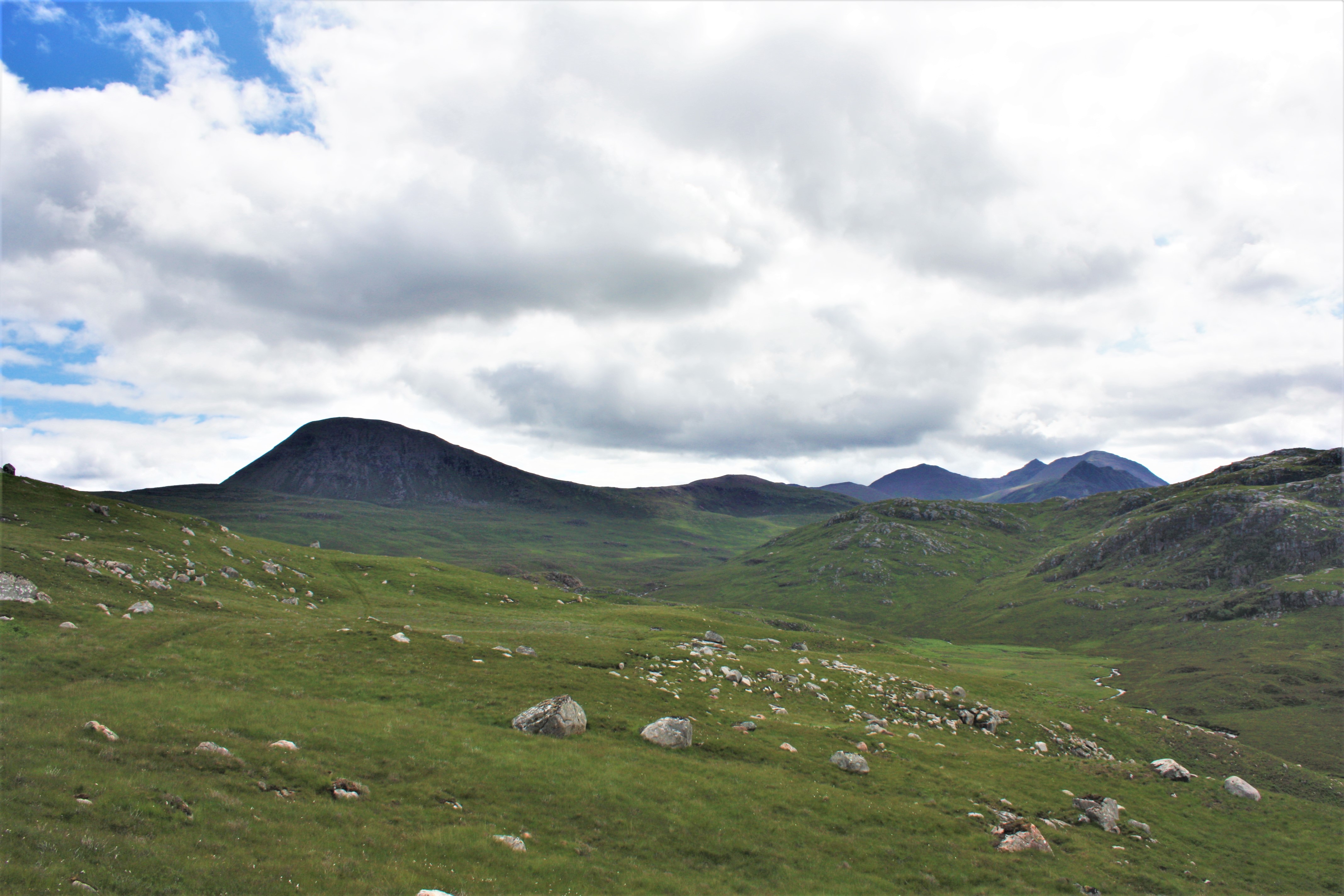 The beautiful sandy loch side of Lochan Gaineamhaich with scatterings of heather is a fantastic surprise.

The sandy shore beneath Sail Mhor

From the slopes of Carn nam Buailtean, looking down on Lochan Gaineamhaich. With An Teallach, Beinn Dearg Bheag & Beinn Dearg Mhor in the distance.

The imposing slopes of the An Teallach ridge. I wonder if someone was sat dangling their legs from Lord Berkeleys seat when we took this photo?

Looking North with the Summer Isles in view.

The ruinous settlement of Craigour. A remote, beautiful & tranquil location. Sadly the last inhabitants likely to be victims of the Highland Clearances.

We met a few furry friends on the walk. A badger who wasn’t too keen to hang around for a photo, we just managed to spot it’s rear end as it scampered over the brow of a hill in front of us. These fine specimens who were happy enough to pose for the camera, they were a little reluctant to run away from us fortunately we weren’t close to them by any means but it was a little disappointing to see them so hesitant, luckily for them we we’re not into the stalking scene.